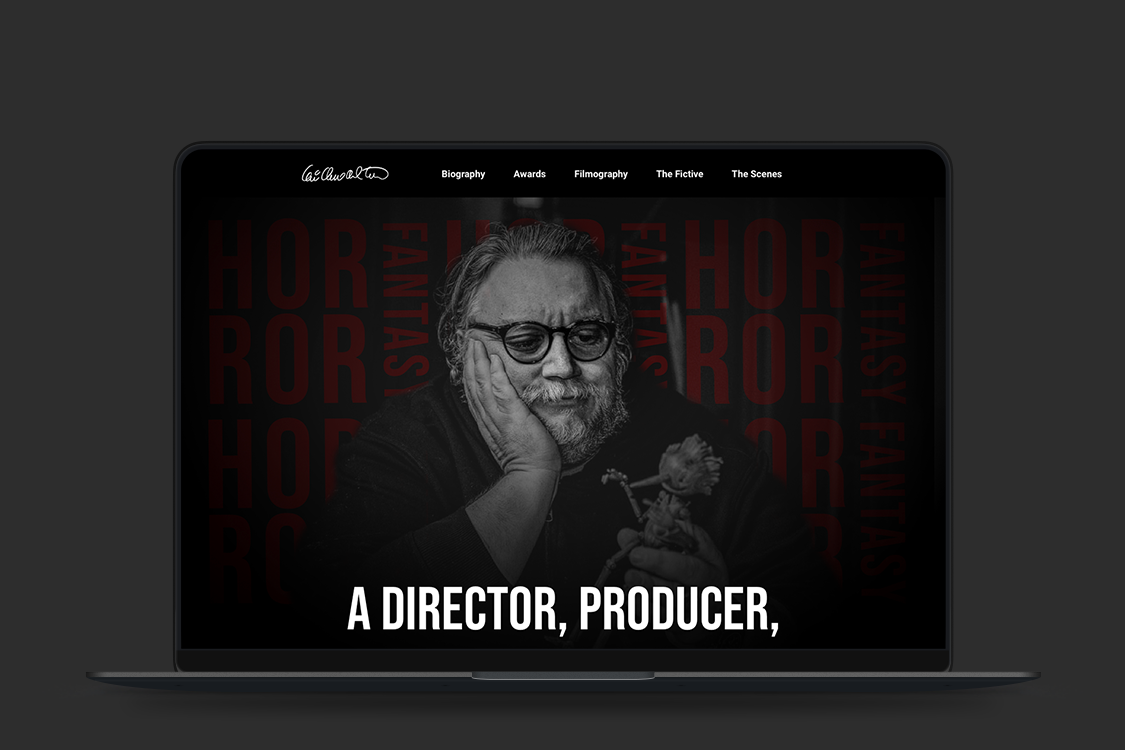 Guillermo del Toro is a horror, fantasy film director and producer born on October 9, 1964, in Guadalajara, Jalisco, Mexico. As a child, he experienced lucid nightmares that gave him ideas and stories that stuck with him through adulthood. Guillermo would later use these dreams to create nine films that would shoot him to stardom. These films include 1993’s Cronos, 2004’s Hellboy, and 2006’s Oscar-nominated Pan’s Labyrinth, and The Shape of Water.

Though Guillermo is such a prolific figure within the film industry, it can be challenging for individuals to learn more about him and his films without doing a deep dive. The only way to learn more is through Guillermo’s Twitter, which is the only platform he uses, and through fan pages or websites.

A way to solve this problem is by developing a personal website that fans can rely on for information. This website can give an in-depth look into his biography, the films he created, his creatures, his awards, and the behind-the-scenes look into his movies or series. 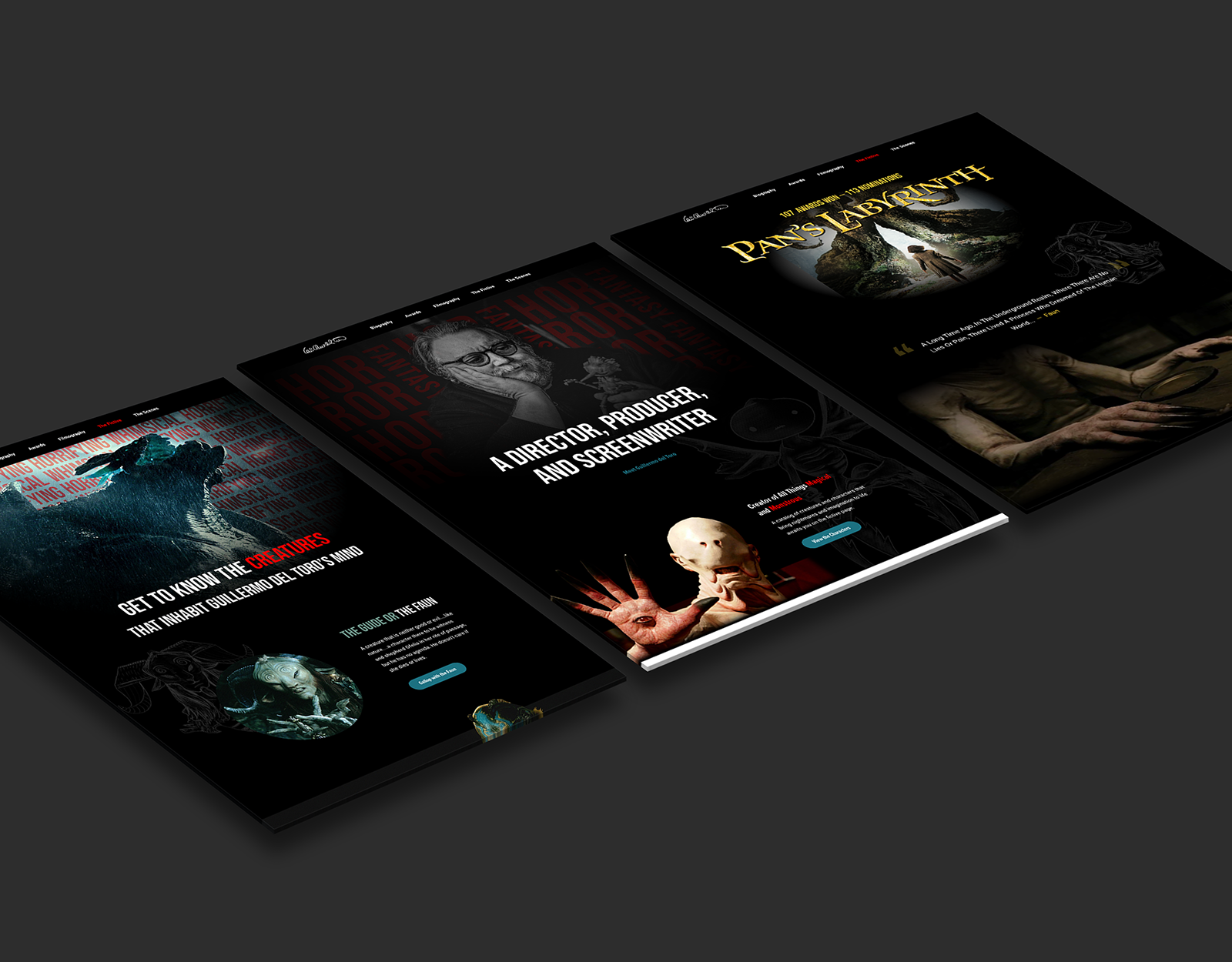 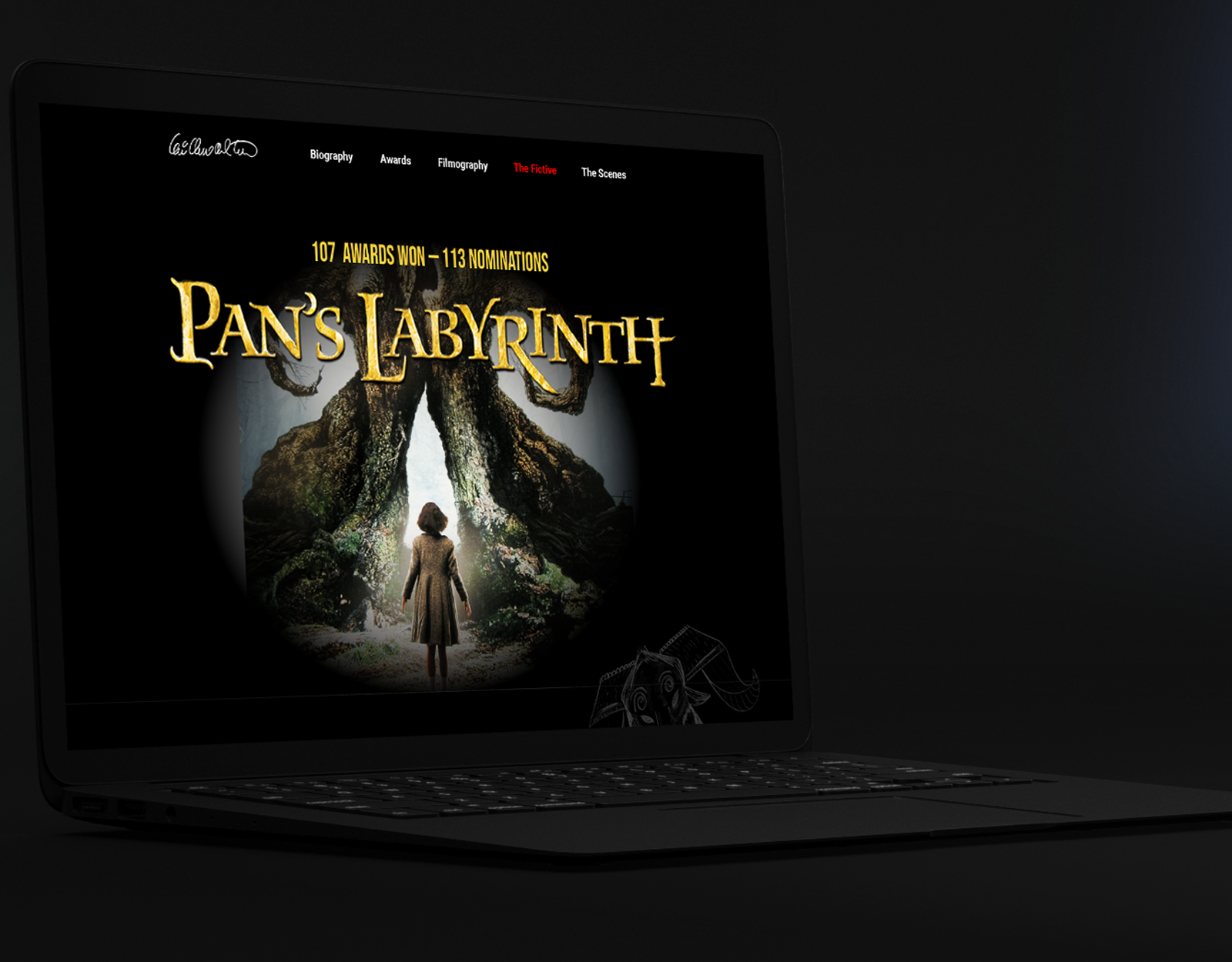